Notebooks are great ways to add code and documentation to SQL scripts and PowerShell scripts to add clarity and increase productivity (if you add the syntax you don’t need to google it each time you need to change it slightly!.

Heading are started with # symbol as shown below

Bold and underlining and special section

You can make words bold, or italic or combination of both and add special section using the following syntax

Which results in the following in a notebook

You can also highlight text

Which results as following

Resulting in the following 3 levels of bullet points

One thing I did note, that even though I had tabbed or added spaced to the Markup, the actual format came as without the spaces or tabs and everything was aligned left 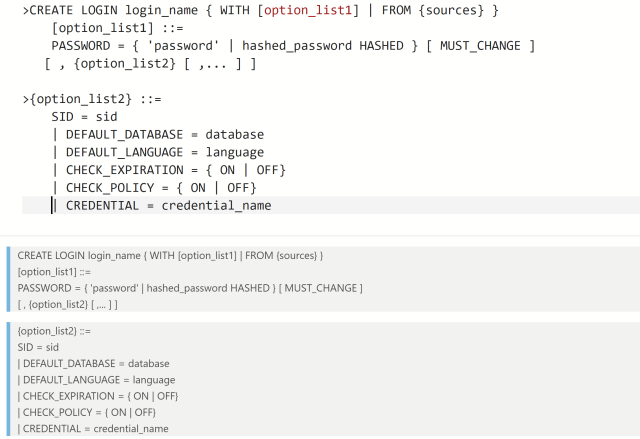 This is not ideal as everything aligned left will start to look a mess.

This is where this website became quite useful, it has a load of different types of spaces,  you can click on a button copy the paste the one I used was the “em space” I then pasted into the notebook and add them in as space getting. 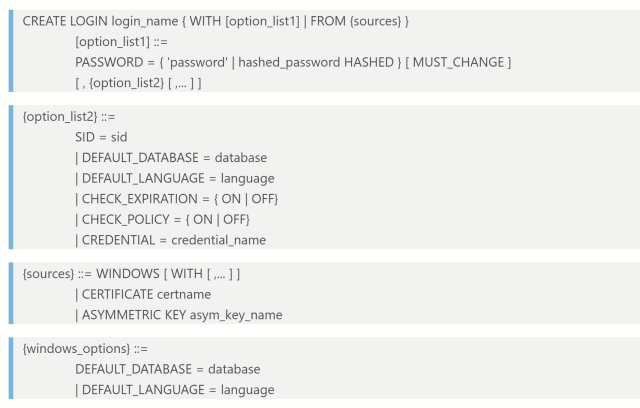 You can have ordered lists by adding a . after a number, these will allow 3 levels as shown below. 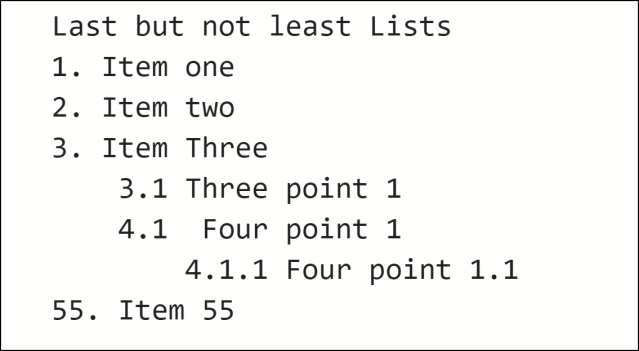 If you notice below, notice item 55. shows as 4. once you start a list it doesn’t matter what numbers you have in the markup they will be sequential starting at the first value, if I had started with 11, next would have been 12 and so on.